I'm back!!!!!!!!  Race reports are fun to write and gives me a chance to reflect on my performance.  And since school is winding down - perhaps I will be more consistent. 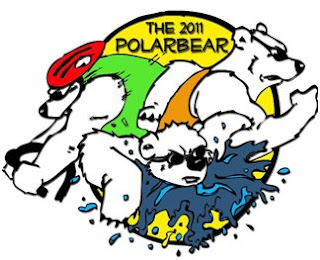 Yesterday was the season opener of the tri season in Maine and I was there – PolarBear Tri at Bowdoin college.  I have this mixed bag of emotions now that I am a day removed from the race.  It was definitely – the good, bad and the ugly!
Picked BFF, Jen, up LATE because of an early morning snafu – a whole other story in and of itself – and we arrived with about 15 minutes before transition closed.  This is a strange race that starts with a pool swim so there are multiple waves that go off all morning.  Jen’s wave was at 10:05 and mine was at 10:30 so it was major HURRY UP and then WAIT for like two and a half hours.  I personally like getting to a race venue SUPER EARLY – but wasn’t going to happen this year.
Goal for the day – improve upon last year’s time.  Secret goal of the day – come close to placing in AG. More on that later.
One of the best things of the day: My coach competes in this race!  So that means I get some personal encouragement and pre and post race chat.  J  I am really close to his mom and dad (work with his dad at the high school) so they cheer for me too!  My coach competes at the professional level and travels to many of his races, so it’s rare that I am at ANY of his races and he at mine. 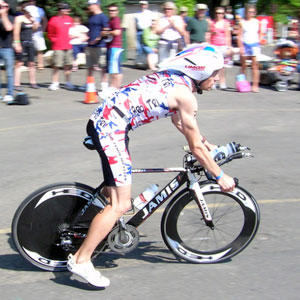 Jen and I wandered around the race for an hour or so, watched a few waves go by and seriously watched the fastest wave of swimmers.  And then booked it outside to watch their transitions – super smooth.
Nothing extra in the transition area – everything is at a minimum.  They don’t wear socks with their bike shoes and racing shoes.  Talked it over with coach prior to the race – not worth the risk of blisters today – keep the socks on for the bike and run.  We will maybe try it during a brick – but I seriously DO NOT want stinky bike and race shoes.  Weird – I know.  But both are brand-spanking new and I have a few too many stinky shoe relationships.  I have shoe crushes right now and hoping this feeling lasts for a little while longer.
Went for a warm-up run for 20 minutes and did 10 accelerations, went in to check on my wave and discovered it was up next!  Oh crap.  Time to go.  Coach gave me some last minute tips for transition, the bike and the run and I was off.  Grab goggles and cap, shed all extra clothing and hit the deck.
I was nervous sitting on the deck waiting for my wave and warned my lap counter that to leave the “last lap” signal in the water waaaaaaaaayy longer than normal.  Had a little incident last year where I didn’t see it and did an extra lap! Slightly embarrassing!
Pushed off and tried to get into a rhythm.  The Bowdoin pool is beautiful but I always find it disconcerting to do flip turns when the markings on the bottom of the pool are on an angle.  My lane was on the area of the pool where it was angled from shallow to deep.  Tried to keep my core rotating to breathe and not lift my head too much.  My goal was to swim smooth and steady.  I wasn’t ready to go ALL OUT, seeing as this was the first race of the season.  I know I could go faster, but, I was scared to blow up later on.
Of course, even though I strived to stay on-task with counting laps……I lost count. And it felt like forever until I saw the last lap sign waved across the end of the pool.  Gave my counter the thumbs up for making sure I saw it and pushed for one more length.  Glanced at the clock to see what time I ended up with: 9:36.  Not bad.  And now, I’m off to transition.
I really wanted some free speed from transitions.  Ran to my bike.  Helmet on; glasses on; socks; bike shoes Velcro tightened, grabbed my bike and off I went.  I knew I had a smooth transition and there were still guys at the rack that had gotten there before me. 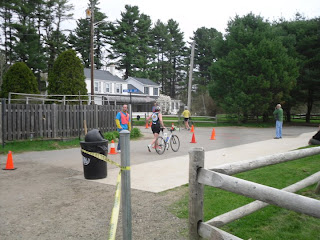 The first part of the bike felt a little slow.  I was trying to keep my cadence up and get my legs working.  Passed a guy who just looked weird.  He wasn’t wearing a helmet.  Yelled to him thinking that he just forgot to put it on.  Turns out it wasn’t there when he got to transition.  That just sucks.  He probably knew he would be DQ’ed but raced anyway.  I don’t think I would have left without my helmet.  That is taking a chance that wouldn’t be worth it.
The bike course “seems” flat, but it is really a whole bunch of little inclines that forces you to work harder than you want to.  I really wanted to keep an average speed of 19+ mph but was having a really hard time doing so.  It might also be that I haven’t spent enough time riding outside this spring.  It’s just not the same riding the stat bike or the trainer.  You can’t simulate hills.
Only one girl legitimately passed me on the bike.  Two other girls did later in the bike – but I’m not going to count those two because they were CHEATING!!!!  They were drafting in a tight little pack with three other guys.   They kept switching off the pull and just conserving energy.  I hoped they were the ones with drafting penalties at the end.  Who knows?
About three quarters of the way through the bike, I remembered I forgot to have a GU pre-race.  Yikes.  Oh well, I’m okay so far.  Legs did feel sluggish, but I attribute that to early season bike fitness.
Ride into transition two – almost hit an elderly gentleman who crosses the opening where right before you dismount.  Of course I yell, and then he freezes right in the middle of the driveway.  He doesn’t know where to go, so neither do I.  “PICK LEFT OR RIGHT!  PICK BEFORE I RUN YOU DOWN!!!!”  He was like a gray squirrel who darts into the road in front of an oncoming car.  “Which way do I go? This way or that way?” Finally he chooses to retreat to the right and I swerve left.   Old guy crash averted!
Transition two felt super quick too.  Helmet off; bike shoes Velcro ripped; new Zoot racing shoes – slip in and tug the laces; race belt on; and grab the Garmin.  I had already zeroed out the Garmin and just pressed start as I crossed the T2 mat.
First ½ mile was 8:25ish and just tried to get my cement legs moving as fast as I could.  I know it takes me almost a mile before my legs feel okay, so I just keep moving and glancing at my Garmin to stay on pace.
I reached the first aid station and noticed my GPS has only clocked .87 of a mile.  The aid station clearly says “Mile 1”.  What a crock!  But then I was hopeful that the course was a little short – no such luck!
Mile two was sortof, how do I say this, UGLY!   Legs slowed down quite a bit, but we are now on a trail run for the duration of the race and I don’t mind that as much.  A few fast chicks pass me and I wish I could make my legs go with them.  Strange how your mind won’t let you push past the fatigue.  I hit the mile 2 aid station and see that the Garmin registers 2.2 miles.  So Tri Maine is off with ALL of its course markings.  HACK!  And they ran out of Subway when I finished my race.  All they had left were these pathetic pieces of bread and peanut butter.....I just finished a triathlon and they want me to make my own pb & j.  Are you kidding me?  It's not like we pay $75 bucks or anything!!!!!  But back to the run!
The good thing about this is that I only have .8 miles to go and it’s a small loop back around the trail.  I am actually able to pick up my pace a little bit and pass a few people on my way to the finish.  Again, I glance at my Garmin and now it reads 2.87.  Not bad – only a little further.  A little further, 3.0.  A little further 3.1.  WHAT?????  Finally, I emerge from the trail and see a photographer friend from Capstone Photography who recognizes me and gives me a little boost.  Only a sprint to the finish and I want to look strong coming in and not like I am about to puke. I’ve done that before – right at the finish.  But not this time.
So many fellow KBTC teammates at the finish cheering me on.  Love that!  I just LOVE my teammates.
So many KBTC friends got podium finishes – Keith, Todd, Joe, Jen R. – Wow!!!! BFF Jen – JUST missed third place.  So close….her time would have put her 2nd last year – me too for that matter.
So the here’s the breakdown:
Good:
Bad:
Ugly: 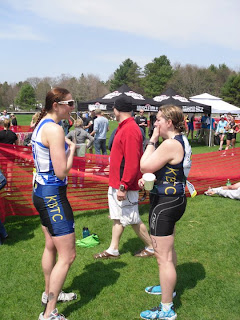 Someone should have told me I looked like a stuffed sausage! Ughhhh!  Just the motivation I needed to get SUPER SERIOUS about nutrition.  I know there is a fast runner chick inside crying to get out!
Okay.  Let’s do the math.  I can lose thirty pounds.  Seriously people.  I am carrying a small child around with me when I run.  I. am. not. joking.  In fact, if I was to be completely lean and runner-like I probably could stand to lose 40 lbs.  I wish I was exaggerating – but, sadly, I am not.  In fact, I have already lost about 10 lbs. since the beginning of March.  I wish I didn’t LOVE food quite so much.  It’s soooooo good and soooooooo bad!
So, I run an 8:00 min. mile at race pace.  For every pound you lose – you also lose 3 seconds per mile.  So that’s 75 seconds off my mile time.  That means I would be running  a 6:55 mile without any additional run training.  That would put me at a 21-ish 5k.
WHAT THE HELL AM I WAITING FOR??????????
It’s right there in front of me!!!!  Just get serious about my nutrition and I’ll be looking at the top of my Age Group!
Okay all of you former chubby runners out there – help me out.  I’ve read your blogs – I know the journeys you all took.  It’s time for mine.  For real this time.  I am going to need some MAJOR support.  It’s almost like I need a sponsor for this.  Maybe even a twelve step program.  Someone to call when I feel myself wanting to fall off the wagon.  I live within a ¼ mile of a Dairy Queen, BK, McDonalds, Wendy’s, Chinese restaurant, Starbucks and a Dunkin Donuts.  I am probably going to need multiple sponsors on speed-dial!!!
I am going to print the picture of me at the Polar Bear for motivation.  I will print a dozen copies and tape it to the inside of the refrigerator, inside my lunch bag, on the dashboard of my car.  Anywhere I may feel my willpower slipping. 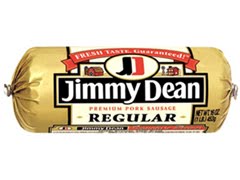 dawn
Saco, Maine
I am a high school English teacher, photographer, and a triathlete in Southern Maine. My husband, Craig, and I have a seven-year-old named Elijah who is obsessed with hockey. I am OBSESSED with all things triathlon! I completed my 13th triathlon in September and looking forward to next season!